As part of a close relationship and collaboration with suppliers globally, Anglo American  visit to the facilities of Jindal SAW  in India. One of the leaders of supply Chain of Anglo American Susan Lasecki-Coiro, along with some of his colleagues, seen Jindal SAW, supplier of pipes project in Chile’s Bronzes pipeline. The Indian company Jindal SAW is a world leader in the market for carbon steel pipes 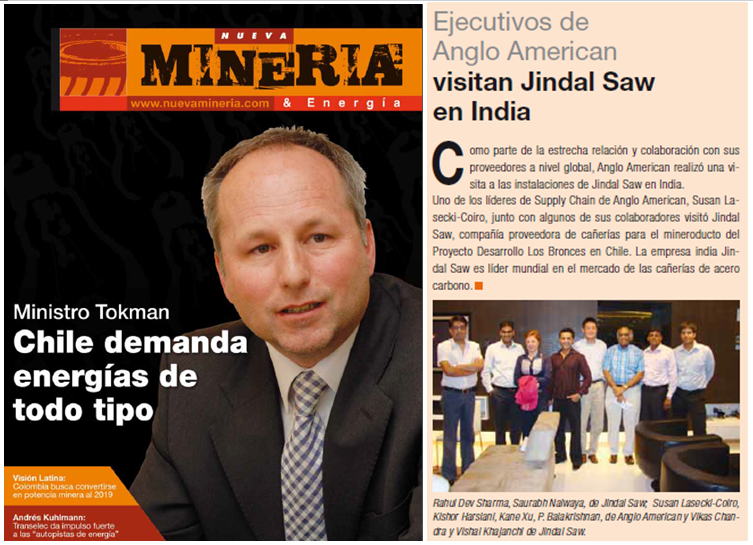